At 82, is Lighthouse projectionist John Newcombe the oldest at work in Britain today

John Newcombe has been showing films since 1952 – and at 82 years young he’s still going strong, working regular shifts at Lighthouse, Poole’s centre for the arts. Could he be Britain’s oldest working cinema projectionist?

His first break came as a teenage rewind boy in the ABC cinema in Northampton where his job was to physically remove the reels of film from the projectors once they had been screened and spool them back on to an empty reel.

“It was hot, hard graft in the confined space of a projection room, but I loved it,” he says. “The first film I screened was a cowboy picture with Alan Ladd who was so short they used to say he stood on a box to appear the same height as his co-stars.

“In those days it took years to train up a projectionist, whereas today there is minimal training – although people think I just press ‘play’ but it’s a lot more complicated than that. Today, we have at least three different ways that films arrive at the projector – on disc, online or by satellite – as opposed to the old days when everything came on reels of film and you could see if it was all working right in front of your eyes.”

National Service brought an intermission in John’s cinema career and on his return he found someone else in his post as Second Projectionist so worked as a relief projectionist for ABC, working in several theatres at a time.

“The last four frames of a reel had a cross or a dot in the top right corner to show the reel was coming to an end and to cue the next reel. If you missed the cue the screen would go white so you had to blink alternate eyes and I’m still proud to say not once did I have a white screen.”

As well as the stars on screen, the cinema brought John into close contact with some of the biggest names in pop.

“In the 1960s all the top bands used to play in cinemas so I’d work on stage or on the follow spots for all the touring groups – The Rolling Stones and the rest of them, we met them all.

“When the Stones played me and another fella were on the tabs, walking across the stage with the curtains to make sure they didn’t flap as they were drawn. Someone threw a coin that hit the bass player and knocked him out so we had to drag Bill Wyman off the stage as the band started.

“When the big bands used to come off-stage we had them out the back door, through a shoe factory and into a waiting car so they could be driven away and avoid the screaming fans. It was a pretty slick operation until the night we had Engelbert Humperdinck in. Usually a copper would bang on the door and I’d open it so the star could jump in the car and be gone, but this night there was a mix up and somehow I was bundled into the car with Engelbert – they had to drive around the block and drop me off again!”

John came to Dorset some thirty years ago and worked as a theatre tech at the Dormy Hotel and Sandford Caravan Park before coming to Lighthouse in 2002. He has worked on lights in all the venues but for the last eight years has been based in the cinema where – incredibly – he has only watched one film.

“That was the Clint Eastwood film American Sniper. My thing is I like action films and musicals so I loved it when we had a dementia-friendly season and it was nearly all musicals, but to be honest I tend to watch films at home. At work I’m guided by the audiences – if we get good houses, 60-plus people, then it must be a good film.” 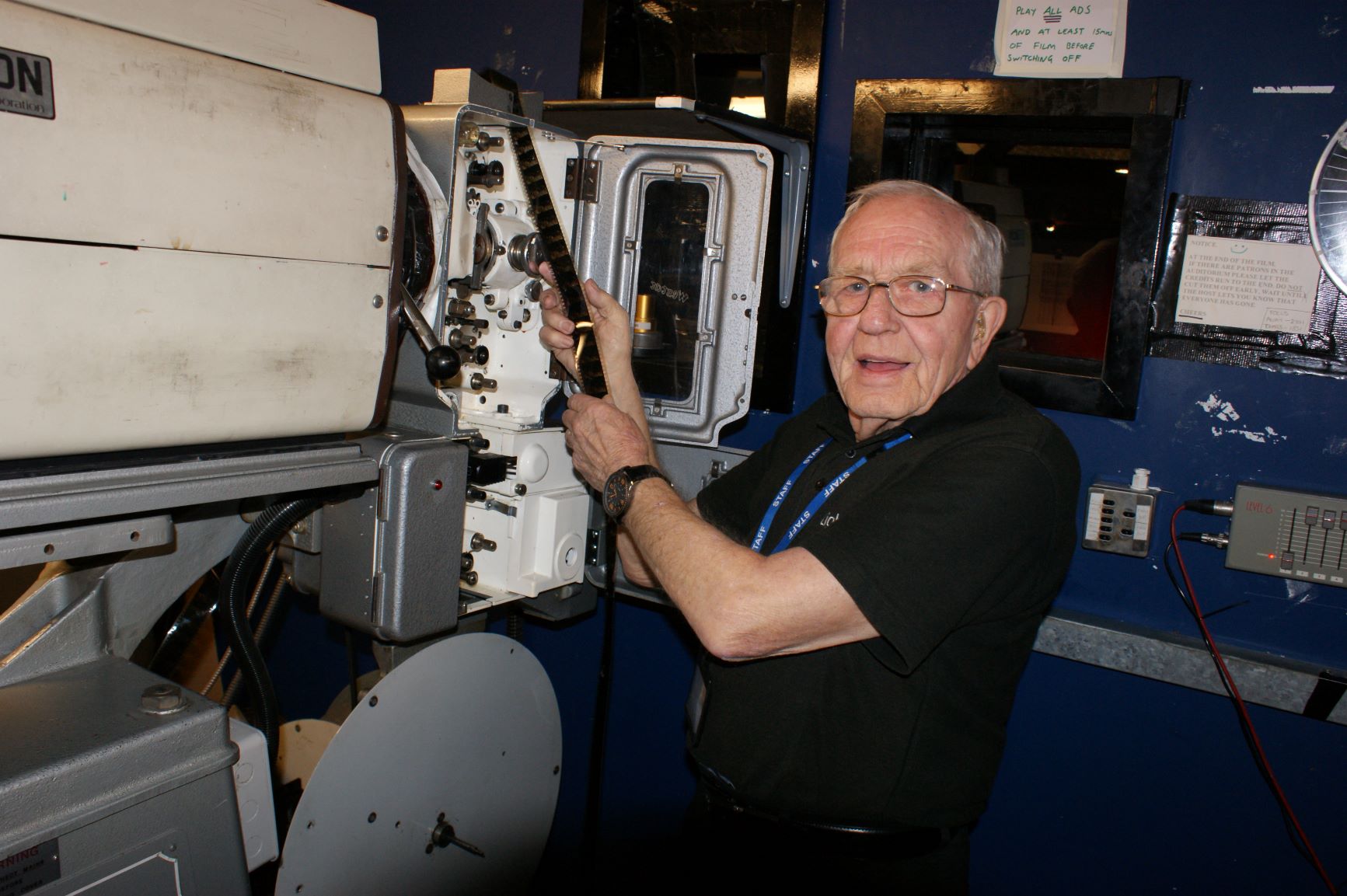